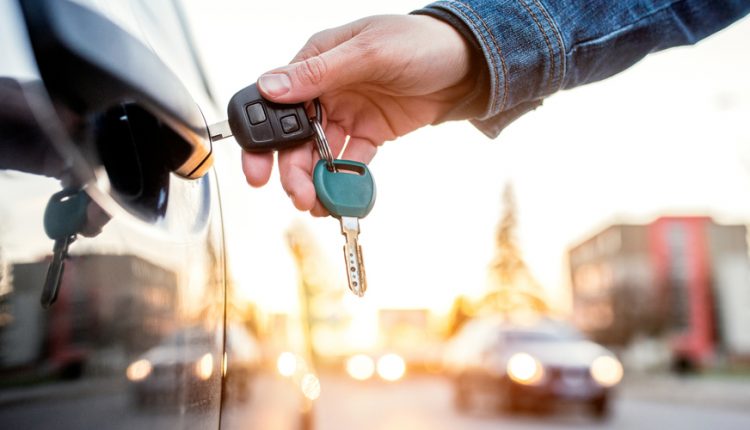 Most modern cars (those manufactured within the last decade or so) will almost certainly have what’s called a transponder key. Although some earlier vehicle models will have them too, they’re a relatively new invention when it comes to a car’s security system. Prior to this, a vehicle’s electronics were either pretty basic or non-existent. The older generation will remember their keys as consisting of nothing more than the shaft with a plastic handle on top. From a security perspective, transponder keys have revolutionised how we think about car security, but what actually is a transponder key?

The word transponder is a mixture of two separate words; “transmitter” and “responder”. Shorten both words a bit and splice them together and you have “transponder”, which certainly rolls off the tongue a bit easier! This essentially means that a transponder key transmits a special signal to a vehicle and thus enables it to start. If the vehicle’s ECU doesn’t get a signal it recognises, the vehicle won’t start. This makes it far more difficult for an unskilled car thief to make off with your car and even skilled ones will normally need specialised equipment if they’re going to be successful.

In more detail, transponders keys work by transmitting a signal specifically when the key is inserted in the ignition and then turned. By doing so, an RFID (Radio Frequency Identification) signal that contains a unique identifying code is communicated between the key and the car which MUST both match. Typically, there is a coil that’s wrapped around the ignition barrel and it’s this that sends the signal to the key. If everything is working as it should, the key will then ‘respond’ with the correct code. This is then passed to the car’s electronic control module to see if it matches. If it does, the car will then be able to turn over and start. If it doesn’t, then it means that something has gone wrong and a professional diagnosis will have to be sought.

As you’d expect, because a transponder key has fairly complex electronics in it, it can work out quite expensive if you lose or damage yours and need to buy a replacement car key. If you want it replaced, you’ll either need to visit your main dealership or call on the services of an automotive locksmith. Vehicle locksmiths tend to be a far cheaper option and many of them offer a mobile service, meaning that they’ll travel to you and provide a replacement. They will also have all the tools and electronics to program the new key to your vehicle so that it will start your car.