Mercedes Forced to Recall Thousands of Vehicles Because of Emissions – Is Yours One of Them? 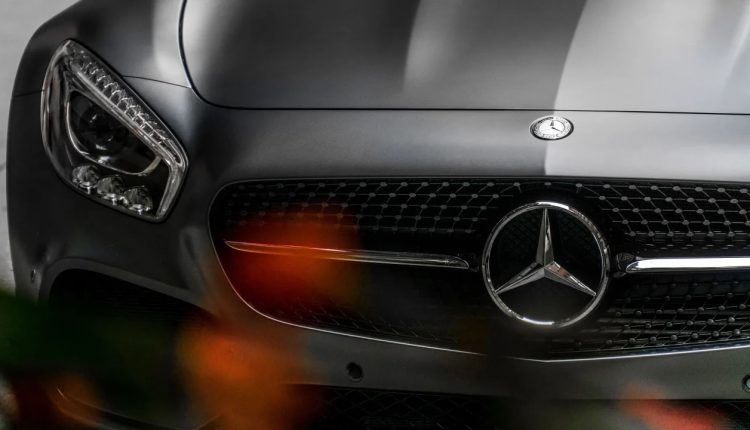 In 2018, the German Federal Motor Transport Authority or KBA ordered a recall of around 774,000 Mercedes-Benz vehicles throughout Europe. This came after the watchdog found proof that the German car brand installed illegal software known as defeat devices on several of their vehicles. The so-called defeat device is used to cheat emissions tests.

Of the 774,000 vehicles, approximately 238,000 are to be recalled from Mercedes-Benz car owners in Germany.

According to a German newspaper, the KBA discovered illegal software that uses AdBlue exhaust treatment in artificially high levels when being tested in the lab . This results in lower levels of NOx (nitrogen oxide) emissions under testing conditions. In real-world driving, however, the vehicles emit dangerous levels of nitrogen oxide.

Daimler AG, Mercedes-Benz’s parent company, continues to deny any allegations related to their cars using cheat devices. Daimler Chairman, Dieter Zetsche, said no clear evidence was presented that the company deliberately used defeat devices on their cars to cheat on emissions tests. He, however, admitted that they have identified a technical solution that will allow them to perform software updates on affected vehicles.

The latest Mercedes-Benz vehicle recall is only one of several that the KBA has issued in relation to car manufacturers suspected of using manipulating software for emissions tests. Porsche, BMW, and Audi, as well as Dieselgate scandal primary architect Volkswagen, have all been scrutinised and investigated by the KBA as well.

Which models are affected?

Mercedes defeat devices have been allegedly installed in Mercedes-Benz’s Vito van, GLC, and C-Class cars. Although their engines supposedly meet the Euro 6 emissions regulations, the KBA found illegal devices that are used to hide the vehicles’ real-world driving emissions levels.

These models are all Euro 6b emissions standard vehicles.

It is important to note, though, that the recall affects only models of a particular production period. More information about this is available through the Mercedes-Benz and Daimler AG websites.

The recalled vehicles are taken in by Mercedes-Benz so they can be fitted with updated software as recommended by industry authorities.

After the Transport Ministry informed the company of the recall, Daimler assured that they will cooperate and be transparent with authorities. The German automaker also promised swift action on the recalls, especially for the affected vehicles in Germany.

This Mercedes-Benz recall is not the first for Daimler. In 2017, the German car manufacturer had to retrofit around three million of its diesel vehicles that were built in 2011 because of emissions software issues.

The Mercedes-Benz recall is just one significant aspect of the Dieselgate scandal that started in 2015. German manufacturer  Volkswagen was found to have also deliberately installed defeat devices in millions of their diesel vehicles worldwide. The cheating software helped cars appear safer and cleaner on emissions tests.

The first VW emissions case was filed in the United States that same year. This has cost Volkswagen billions in compensation payouts and fines. Drivers who filed these claims did so because the automaker lied and made them believe that the vehicles they were driving were safe for the environment. In reality, their supposedly low emission-emitting cars were polluting their surroundings.

Volkswagen eventually admitted to cheating their vehicles’ emissions tests. The US Environmental Protection Agency (EPA) covered 482,000 VW and VW-manufactured cars, including the Golf, Beetle, Passat, and Jetta VW models and Audi A3. However, the automaker revealed that the defeat devices were installed in more or less 11 million Volkswagen cars around the world, with eight million located in Europe.

This initial case was followed by several similar cases in Europe, including the UK. In the following months, other car brands and manufacturers were revealed to have also used defeat devices in thousands and millions of their vehicles. Mercedes-Benz is just one of many.

What to do if your Mercedes-Benz is affected

If you have a Mercedes-Benz, the first thing you should do is determine if it is affected by the Mercedes emission claim and recall. You can do this by visiting the Mercedes-Benz or Daimler websites. Here, you’ll find a search tool where you can  input the details of your Mercedes-Benz car.

Once you’ve determined that your car is affected by the recall, you have to look for a team of Mercedes emission compensation experts. They are trained and experienced in filing emissions compensation claims. They’ll know what you should do in order to get proper compensation for the damage that the defeat device has caused you. These experts will know whether an individual legal action or a class-action lawsuit is ideal for your case.

Get in touch with the Mercedes diesel emission experts at Emissions.co.uk if you want the best solution for your emissions claim.

Car Insurance Premiums: Why They Can Be High or Low